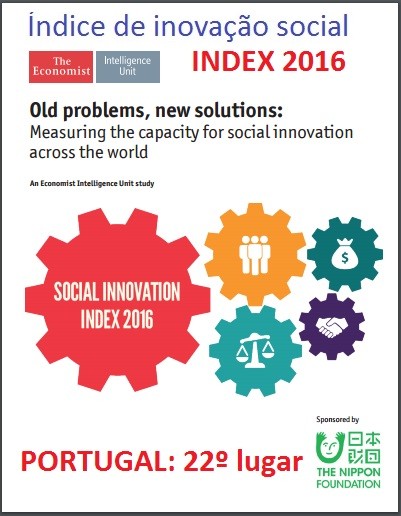 Enabling social innovation
As this report has pointed out, a “one-sizefits-all” definition ofsocial innovation and a standard formula to foster its growth across different markets, are likely to remain distant prospects. And as experts have noted, one of the main characteristics of social innovation is that it can spring up anywhere, in spite (indeed, at times because) of the most adverse conditions. Nonetheless, our research shows there are factors, policies and best practices that are common across countries in which social innovation has taken root and thrived.

Broadly speaking, these represent a tendency towards balance. In the policy sphere, it is the combination of providing a certain degree of legal infrastructure and support—such as a framework defining social enterprises, or carefully applied subsidies—while not overregulating to the extent that social enterprises are forced to focus on compliance at the expense of impact or growth, particularly in sensitive sectorslike health or finance. As Professor Nicholls of Oxford University notes, particularly in the developing world, social innovation “has also emerged because of the absence of effective welfare policy.”

In obtaining financing,social innovation should be able to draw on multiple possible funding sources, from charitable grants to social impact bonds, impact investors or (in the case of social enterprises) the revenues derived from
their own operations. Balanced, sustainable funding will also help social initiatives ultimately remain focused on innovation and impact in the communities they are seeking to serve, rather than delivering returns for investors, justifying their work to donors or securing the next grant.

It must also be recognised that in social innovation as in so much else, money isn’t everything.

Identifying and developing novel approaches to complex societal problems requires a steady supply of talent across a range of competencies, and in many cases the wholehearted participation of volunteers and civic groups.

The “biggest barriers [to social innovation] remain the lack of time and talent to get the best work done,” says Mr Davis of PATH. “The best social innovation happens when the talents, resources, and ideas of the social, private, and public sectors align around a common social challenge and shared values. But this takes a commitment of years, even decades, to understand the problem and its context, to build trust to address a common problem, and build capacity and align incentives. Many in industry still see this as a sideshow, not part of the core business, so commitments of the right people and time are often inadequate or slow.”

This is why the work of organisations like the British Council and Fundación Acción Joven to introduce training on social entrepreneurship or workplace skills at the student level is so important. Capacity building may also be needed
within communities to empower them to address issues independently, or (as has been the case in Seoul City Hall) within governments to promote understanding of and participation in largely citizen-led social innovation projects.

Balance also means deploying a range of tools to deal with a range of social shortfalls. Social enterprises may play a key role in making technologies or services more accessible to remote or underprivileged populations. In wealthy countries, where institutions are weak but a potential market exists, it may be best to encourage social entrepreneursto fill the gaps with a certain amount of government support (or, at least, non-interference). There are also at times compelling genuine business opportunities in attending to social needs.

However there are some areas—such as health, education and justice—where private enterprise needs to be closely monitored or regulated, or where there is no real “market” for certain kinds of services even though they may desperately be needed. In these cases the innovating will be driven by non-profits, governments and communities themselves.

Once a certain balance is achieved and social innovation emerges, the focus inevitably shifts to outcomes. Measuring these is no easy task.

This is why the data around social innovation projects has become a precious currency, and why there is so much emphasis in many social innovation organisations on developing frameworks for quantitative as well as qualitative
assessments, whether these are based around costs saved, years added to lives or workforce participation rates.

“Provable” results help secure further support from governments or donors, and build the case for more ambitious projects. In the words of Josh Wright of ideas42, to get buy-in for any change management process, “you have to put some wins on the table.” At the same time it must be accepted that some results will take years to manifest themselves, and that gauging impact will always be to some extent an inexact science.
The success of social innovation, then, may typically be assessed in the context.

By Tips N Track / +Get This!
Please wait..15 Seconds Cancel